Factors to consider when acquiring a robotic arm

As robots become more and more accessible, it is important for companies to establish that they actually need the robots. Acquiring robots just because they are available and affordable without a specific automation in the factory would to lead the business incurring a large cost in acquiring something they do net really need.

After the company has identified the task that they would like to automate by assigning to a robot, they will get an advisor who will advise them on the features that the robot they will acquire needs to have.

To acquire the right robot for the task at hand, manufacturing entities need to be keen on the robots features and capabilities such as:

Reach refers to how far or how much space the robot needs for it to work effectively and efficiently. A robot’s reach is also referred to as workspace or work envelope.

As a collaborative robot, robotic arms will need to work together with other human employees on the factory floor.

The UR5 robotic arm from Universal Robots has a reach of 850mm. Having advance knowledge about this, helps manufacturers plan their factory floor space efficiently to make good use of the robot they will be acquiring.

Payload refers to the maximum amount of weight that a robot can carry or lift.

For example, in a pick and place task or a machine tending task, the manufacturer needs to know for certain how heavy the item that the collaborative robot will be picking and placing is. With this is knowledge, the manufacturer can then buy a robotic arm that is capable of handling that amount of weight.

When a company knows its payload requirements, it can buy a small robot that can handle it rather than acquire a larger one that will take up more floor space in the factory.

The UR5 robotic arm has a payload of 5kg.

Footprint refers to the amount of space that the robot occupies. This is in relation to the factory floor space while reach refers to the robot’s working area.

Compared to traditional robots, collaborative robots have a very little footprint thus help organizations save on real estate leas costs. When using traditional robots, manufacturers will require more space for their processes to be completed efficiently. But when using collaborative robots, they will not require much space as cobots are compact and have a very small footprint.

The UR5 for example has a footprint of 149mm. This enables its ability to be set up even in the most squeezed floor space, in addition to enabling its movement to different parts of the factory to complete various tasks.

How heavy is the robot that you will be acquiring. Usually, collaborative robots are lightweight compared to traditional robots. This enables their ease of mobility from one location to another with in the factory.

The UR5 robotic arm weighs 20kg. As a steel made machine it is considerably light.

This is another important factor that factories should consider as they acquire robots. Unlike traditional robots, collaborative robots are quite easy to use. They do not require for the factory to hire specialized programmers to monitor and maintain the robot. A simple demonstration on how the robot is programed or trained to perform task is enough for the current factory workers to use it effectively.

Universal Robots develops its collaborative robotic arms to be easy to use and understand. The robots have an easy to understand interface and can even be trained manually on how to carry out required tasks. 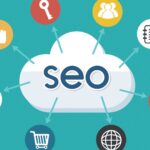 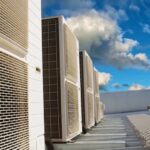